While this may seem unconventional, I found that the best list of colors out there is from the Crayola crayon colors. I figure if they are good enough to for them to select it, then they are the top simpleflied the hundreds of thousands of colors.

This is a list of the 133 standard Crayola crayon colors. According to its chronology page, each “core color” was introduced in a specific year. The hex triplets below are approximately representative of the colors produced by the named crayons.

In 1994, Crayola produced a 16-pack of crayons that released fragrances when used. In 1995, Crayola changed some of the scents because of complaints received by parents that some of the crayons smelled good enough to eat, like the Cherry, Chocolate, & Blueberry scented crayons. Crayons with food scents were retired in favor of non-food scents. The colors’ hexadecimal values are approximated below:

In 1994, Crayola released the Gem Tones, a pack of 16 crayons modeled after precious stones. The colors’ hexadecimal values are approximated below:

The Crayola Changeables crayons were introduced in 1995. The chart includes the color changer, an off-white crayon that goes on clear and initiates the color changes in the other crayons from the “From color” to the “To color”.

In 1997, Crayola released a 16-pack of Pearl Brite crayons:The colors are those named below, each followed by the word “Pearl”.

In 1999, Crayola released Crayons with Glitter as part of a Special Effects crayons package. In the below list, the background represents crayon color, and the highlighted “square of glitter” around text represents glitter color.

In 2001, Crayola produced the Metallic FX crayons, a set of 16 metallic crayons whose names were chosen through a contest open to residents of the U.S. and Canada.The hex triplets below are representative of the colors produced by the named crayons.

The Silly Scents are produced by Crayola in a 16-pack. Colors are approximated.

The eight Heads ‘n Tails crayons are double-sided and encased in plastic tubes that function much like the ones on Crayola Twistables. Each crayon has two shades of color, for a total of 16 colors, which are approximated by the background colors and hex RGB values below.

In 2007, Crayola released the set of eight True to Life crayons. Each crayon is extra-long and contained within a plastic casing similar to that of Crayola Twistables crayons. In the table, the background approximates the primary color and the text is in the two supporting colors. The approximate RGB hex values for each are given as well.

Enter your email address to get my "11 Ways To Protect Yourself With Technology" PDF plus be notified of new workshops, periodic emails with news & special offers.

Ready to ease the pain of technology in your business? 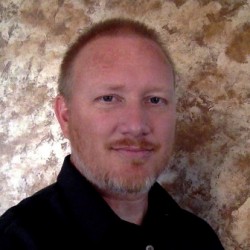 Hi Karissa, Thanks for sending over the links. It was great talking to you as well and your advise helped out quite a bit. I now have a different perspective on how to tackle a WordPress Multisite project.